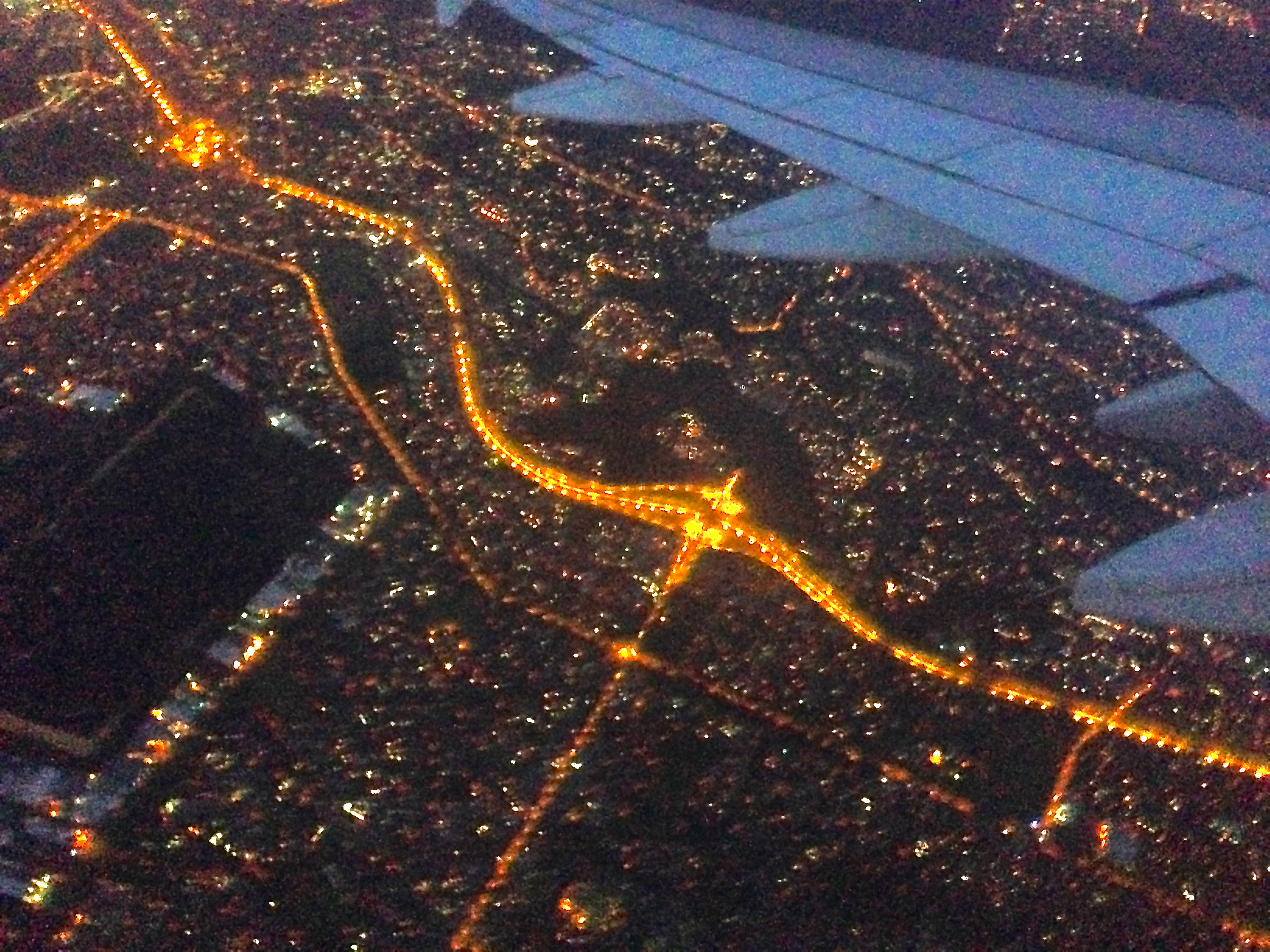 In Cape Town, at 3:15 am on January 1st, the pre-arranged taxi called to say he had arrived for our airport transfer. As early as it was, we were relieved that he had actually arrived and told him we’d be out shortly. Once outside, we could hear the New Year’s Eve festivities continuing at the wharf (We’d watched the Royal Variety Performance and had been alerted to 2015 by fireworks in the neighborhood.) as we tiredly threw our luggage into the taxi and loaded up for our night tour of Cape Town via the route to the airport.

In true tradition of our trip to Cape Town, the driver was super friendly and genuinely seemed to love his city. He pointed out a few of the things we’d already driven by, now under the cloak of night, and asked us some basic questions about our life.

In a way that never ceases to amaze me, he casually asked how old I was. I balked, then reminded myself that I am now 29 (gasp!) and told him so. He asked me how many children I have. I told him none. He gave a little chuckle, told me he was 31, had been married more than a decade and had 3 children. He then kindly let me know that I should move to Cape Town, and I’d be married within the year (this is sooo equal parts flattering and offensive that I never quite know how to respond). I know this is something he really believed, because he mentioned it more than once in our little airport trek.

He pointed over to the Cape Flats, where he lives with his family and launched into a story of the freelance tours he sometimes conducts a part from his company, including the botanical gardens. Also including a gang tour of the flats.

That’s right, a daytime tour that foreigners sometimes choose to go on and encounter gang members and walk the most common areas of their territories in one of the most notorious gang regions in the world. I did not lament that I was missing this tour and currently airport bound.

But it was a jolt out of the reverie the beauty of a beach/mountain vacation city can bring.

I don’t live in a touristy town. It is Zambians and business people with a handful of folks working with NGOs or ministries. This isn’t a city on anyone’s list of “must see” destinations (visitors still welcome), but I wonder what would happen if a tour bus drove up to the compound and let folks out at the street for a tour. We didn’t go on the tour of the township offered by our Hop On/Hop Off tour in Cape Town, but I imagine it looked a lot like life in the compounds of Zambia. Some people work, some people go to the market, some people go to work at the market. Some people spend much of their days at home. There’s violence and dirt and a kind of poverty that always catches you off guard when you see it again.

Think about the neighborhood you live now. Could you imagine a tour group coming through to take a peek at the life you are living? What if it were for the violence there; to look at what makes it so dangerous? In some ways, that doesn’t feel like too far off of what my life looks like currently – always a little bit of a spectacle to outsiders. But it does consistently make me uncomfortable.